Being tough while staying stylish is not an easy task

Castle premiered its 7th season on 29th September 2014 and we can’t wait to check out Detective Kate Beckett’s impeccable style this season. Stana Katic who plays the character in the crime series brings out the extra sass while carrying the look. She has brought the character alive with her brilliant acting skills and the wardrobe of a carefree diva. Throughout the past 6 seasons Kate Beckett’s style has undergone major changes. Let’s dissect each look in detail – 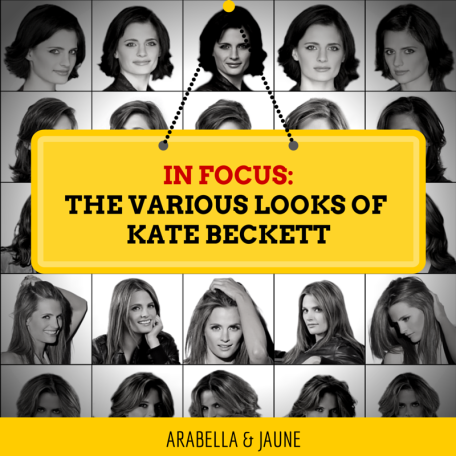 In the first season, to give justice to her strong feminine personality, Kate Beckett’s hairstyle was short, just slightly below the ears. She donned dark red hair, which complemented her rosy complexion. 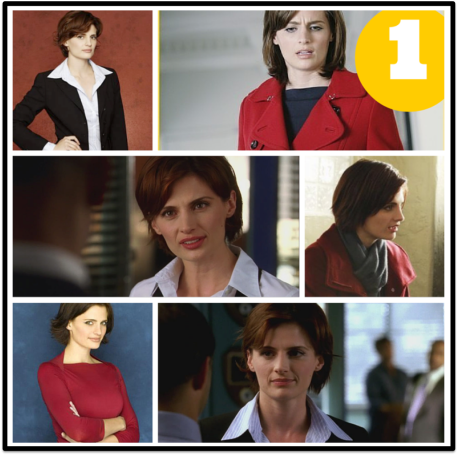 Her wardrobe mainly consisted of formal shirts and suits. And boy! Did she carry them off with style! Her clothes were never over-the-top, just simple everyday office wear. However, she didn’t shy away from showing off her bold side for the evening look with bright colors such as red and gold.

She wore normal amount of makeup, sticking to reds and pink hues on her lips. A thin line of eyeliner and mascara with flushed pink cheeks completed the look. Overall, the makeup was to exude a fresh and matte effect.

This season was our least favorite Kate Beckett look. Her hair was a bit awkward at the beginning of the season but that swiftly transitioned into straight hair. The shoulder length brown hair with copper highlights looked way better than her not-so-straight-tucked-behind-the-ears hair. We know she is supposed to play a cop and not care too much about her appearance but from the last season, this look went south. 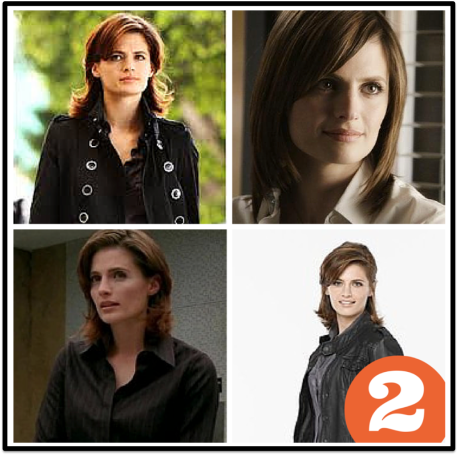 Her clothes became slightly casual. But she continued to stick to her formal wear. Her look changed from bold yet simple to lady-like formal.

Her make up changed drastically this season. She no more went for the rosy complexion look but more of an ever-so-slightly tanned look. She wore nude lip colors and bronzer to highlight her cheek–bones. Eye makeup remained pretty much the same.

So Kate Beckett finally gave in to the straight hair look. Hey! We are not complaining! This look was a great improvement over the previous season. Her hair went darker and she sported both straight and wavy look (toward the end of the season). Her complexion was warmer which was perfectly in sync with her brown hair. 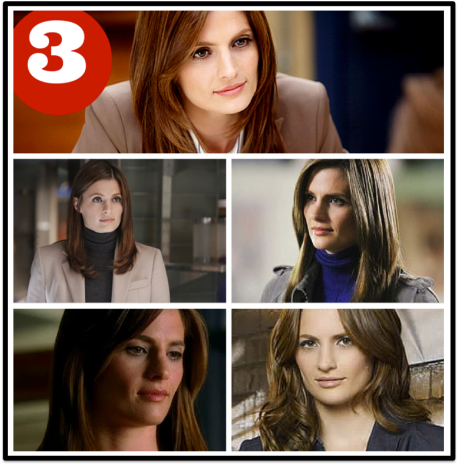 On the clothes front, there weren’t many changes besides few additions to her outerwear collection. Few tunics found their way in her closet as well.

The makeup was to achieve a tanned look as mentioned above. Pinkish brown cheeks with neutral lip colors added to her golden glow. She went for thick black eyeliner on the upper eyelids with mascara and brown for the lower lids just along the waterline.

She looked absolutely stunning in her new brown hair with blond highlights. Though again she alternated between wavy and straight look, the hair color was the main difference. 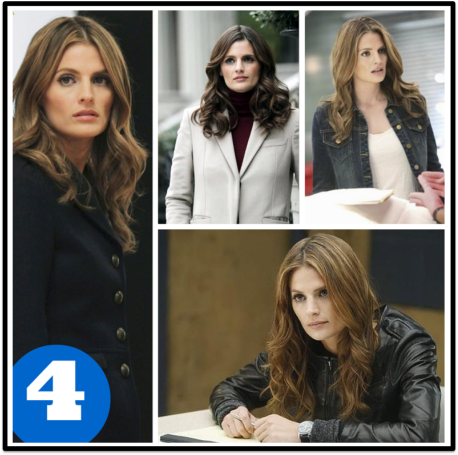 Her wardrobe saw a wave of neutral colors such as grey, black, nude, etc. She rarely wore bright colors. We a saw a lot of more trench coats, blazers and leather jackets.

Makeup wise pretty much the same as previous season. Just a bit of a change in her lip colors from nudes to pinks. She loves to keep her lips subtle and draw attention to her eyes. We wonder why as she has the most stunning smile ever!

As seasons 5 & 6 are more of a continuation, Kate’s look didn’t change much. Her hair is now blonder and bouncier, thanks to her voluminous curls. The look is a bit dramatic which makes it even sexier. She stuck to her bold curls throughout the season. Sometimes she tied her hair into a sleek ponytail. 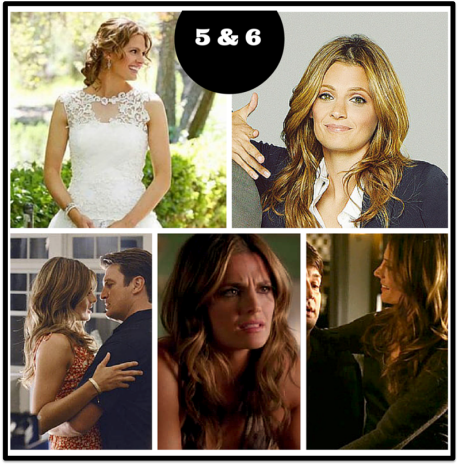 Her wardrobe became more feminine with addition of a lot more colors and fabrics. She wore tunics, satin blouses, pretty dresses, carefree t-shirts, etc. Her style is effortless and you’ll find most of the stuff she wears in your local mall.

Her makeup was mainly focused on her eyes with the smokey-eye look. Tanned skin (due to numerous trips to Hamptons with Castle?) with a bride-to-be glow and nude lips accomplished the sun-kissed look. 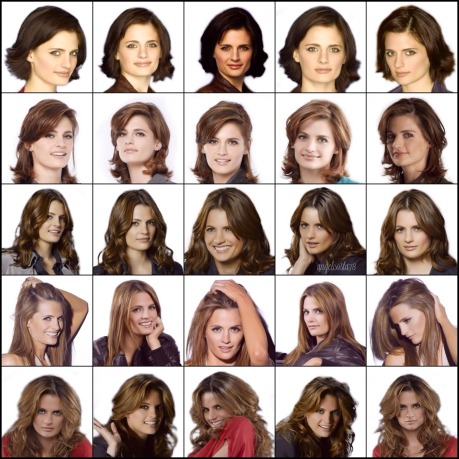 Kate Beckett goes through a makeover almost every other season – mainly by changing her hair. Her clothes took time to shift from formal to chic and her makeup matured as her character did through the 6 seasons. But no matter what she wears she always manages to look perfect – even if she is wearing a torn-mustard-stained T-shirt! We can’t wait to explore her new look this season. It will be great that is for sure!

If you want us to cover the look of your favorite star, do let us know. We would love to track their fashion.

2 thoughts on “In-Focus: The various looks of Kate Beckett”

Another Blog By Neha